skip to main | skip to sidebar

A few months ago I had the privilege of creating the cover image of a local Nagoya magazine called RAN.
This was to be their art issue so I could do most anything that I wanted.
I always enjoyed the dichotomy that exists in Japan between the very old and the most modern. I wanted my piece have that same push and pull. So I looked for inspiration in the art of Japan’s past with the work of Katsushika Hokusai and the future with Shibuya fashion. And this is what I came up with.

What if Hokusai fell in love with a girl from Shibuya? 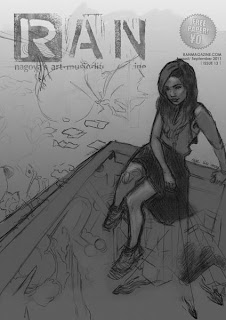 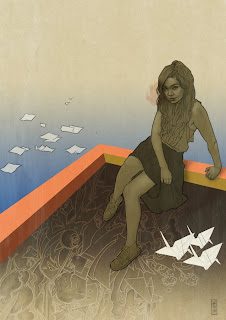 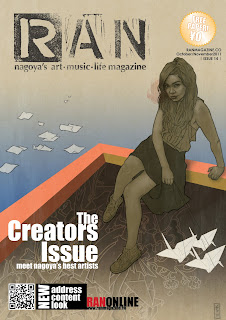 The talented Beth Musni was kind to model for me.
Check out her fashion blog here http://www.everyroadarunway.com/
Posted by Chad Edwards at 9:44 AM No comments:

Several years ago I made my first trip to Japan to work for the summer as a camp counselor. On the long bus ride from our hotel to the camp site I made many new acquaintances but there was one person in particular that I gravitated toward. A California native with a lust for life and a nerd dictionary for a brain, named Adam Passion. I spent most of that bus ride talking and bonding with Adam over any number of things that we were both passionate about… and that continued into the rest of the summer. And then the following summer when we did another camp in Japan (where he connected with his wife Ami )… etc.
When the events of 311 happened, Adam took two of those things we were both passionate about (Japan and comics) and created Aftershock. A love letter in comic form to the land that had give him a beautiful family and home that was now in desperate need of some love. 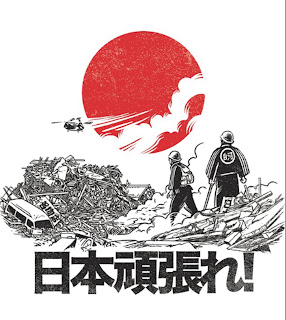 With Aftershock I feel Adam has found a way to continue those great conversations we had (adding several other creative voices) with more than just words. 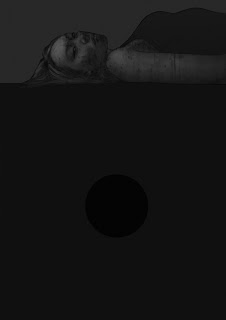 I could not be more proud to have participated in such a great project with so many other talented people. My only regret is that I didn’t have enough time to contribute more.

All of the proceeds of this book go toward helping the survivors of 311.

This is the official blog http://networkedblogs.com/rAgBV 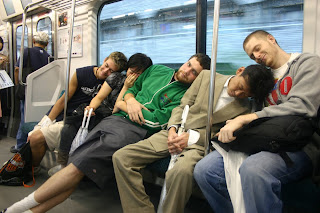 Thanks Adam.
Posted by Chad Edwards at 12:25 PM No comments: 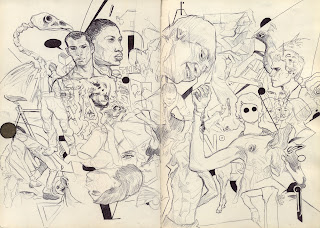 Posted by Chad Edwards at 9:07 AM No comments: